Kerala village, its love for football look after Rwanda man 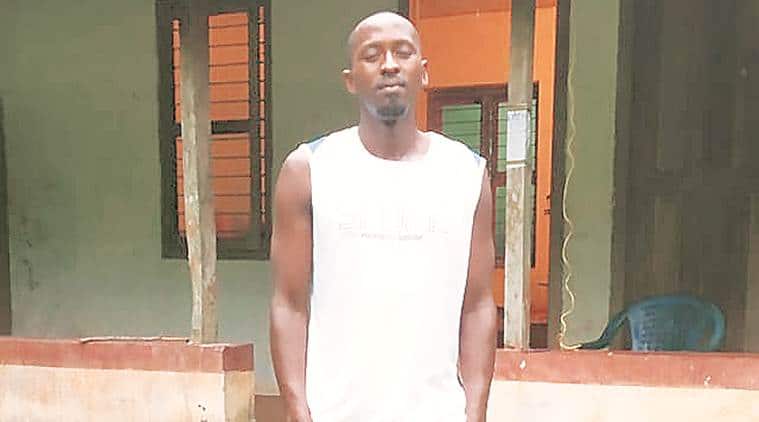 For nearly three months, Kadakam, a nondescript village in Kerala’s Kasaragod district, took care of a 32-year-old Rwandan as he got stuck there during the nationwide lockdown after going there for a friend’s wedding. On July 2, as Ukizemwabo Bevanue flies out — thanks again to local residents who collected money for his ticket — they plan to hand him some more money. To get over the isolation period upon landing back home.

All this thanks to the Beautiful Game.

Like elsewhere in Kerala, locals in Kadakam are “crazy about the game”, as well as the enthusiasm brought by African players to the dusty seven-a-side football grounds. And Bevanue, a part-time footballer, had enthralled them with his craft almost a decade ago.

For the last three months, Kadakam took care of not just “Benny” — as locals fondly called him, finding his second name a touch difficult to pronounce — but also his family of wife and two children back in Rwanda.

Bevanue reached India in February on a student visa and joined an MBA course at an institute in Trichy. Soon came an invitation for the wedding of Renjith K C, a native of Kadakam and Bevanue’s friend since the time they were graduate students at Annamalai University in Tamil Nadu.

Seven-a-side football tournaments being popular in north Kerala’s villages, African players — many of them studying in the country — are quite sought after. “In 2010-11, a local football club, Kadakam Friends Combine, was looking for African players in local matches. I took up the idea of bringing Bevanue, who had been a local player in his college days. That season, the club fielded him in regional sevens’ tournaments, introducing him to Kerala grounds,” said Ranjith, an agricultural officer with a rural bank.

Bevanue, who reached Kasaragod weeks before the D-day, got stuck in the lockdown. While his plans to make some money by playing some local seven-a-side games lay shattered, the club came to his rescue.

Kadakam Friends Combine secretary Sudheesh Kumar said, “We are crazy about football. When we learned about Bevanue’s plight, the club immediately found a vacant house for his stay. We, the members and local residents, supplied food and essentials for cooking.”

To alleviate his concern for family back in Rwanda, “we raised money several times to help him transfer a sum”, Kumar said.

Bevanue, he said, had only Rs 1,200 when he reached Kasaragod.

Bevanue said, “But for the intervention of the local people and the club, I would have ended in misery. I know many of them did not have work during the lockdown, yet they contributed to help me and my family. I am sad that I cannot give back anything for this love and care of the people of Kerala.”

Kumar said they managed to collect Rs 1 lakh for his return flight only on Monday. “Our club members are ordinary workers, many of them daily wagers. Yet, they were not hesitant to contribute to help Bevanue return. Today, we paid Rs 75,000 for his airfare.”

Renjith said the locals would give a sum before he leaves. After all, “he has to stay alone (in quarantine) for some time on reaching home”.

For all the latest India News, download Indian Express App.

In Letter to PM, Congress Leader Calls For CBI Probe

Kerala’s remittance rush may be over for good

10 Health Benefits Of Raw Or Green Mango, Side Effects And Healthy Recipes

10 Health Benefits Of Raw Or Green Mango, Side Effects And Healthy Recipes