With demand for a road denied for decades, Kerala tribals decided to carve a path

After weeks of protest, the forest officials, on Tuesday, finally agreed to allot a road for the tribals in Palakkad.

For several decades, more than 200 tribal families have been living in various hamlets located within the forest area of Kerala’s Palakkad district. Geographically, they live in Kerala, but they have to travel to Tamil Nadu first to access the other parts of Kerala, or, the world outside their hamlets. No politicians go there — not even to seek votes — as it would take more than a day to reach these hamlets from the main road.

Their demands for a road connecting these hamlets to the main road, without travelling to Tamil Nadu, too, have been denied by forest officials for decades. The officials cited environmental concerns of setting up a road via the forest. In October, however, these families finally decided to take matters into their own hands — by making a path through the forest on their own as a form of protest.

The tribals recall how their decades-long, arduous journey due to the lack of a road and how it exacerbated and added to their existing setbacks. 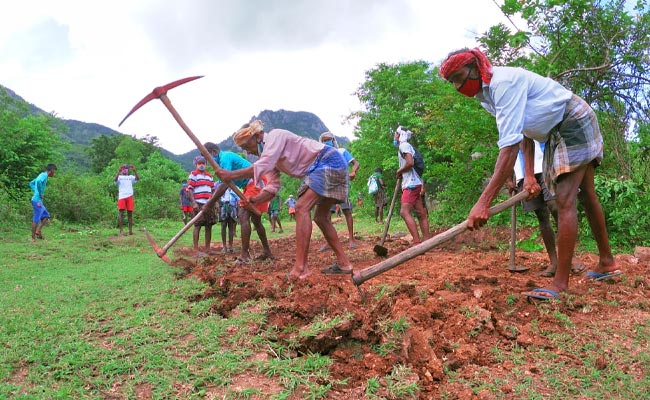 The long, expensive and circuitous journey

Their only demand has been a road connecting their settlements just outside the Parambikulam Tiger Reserve, to the rest of the state, through Nelliyampathy Hills, without entering the Pollachi region of Tamil Nadu. However, the forest department has been against this, as they claim that a concrete road would destroy a vast swath of forest land.

These tribals have to walk around 25 kilometres to reach the area outside their hamlets. Once they reach outside the hamlets, they have to travel another 40 kilometres approximately through Tamil Nadu to reach Kerala. 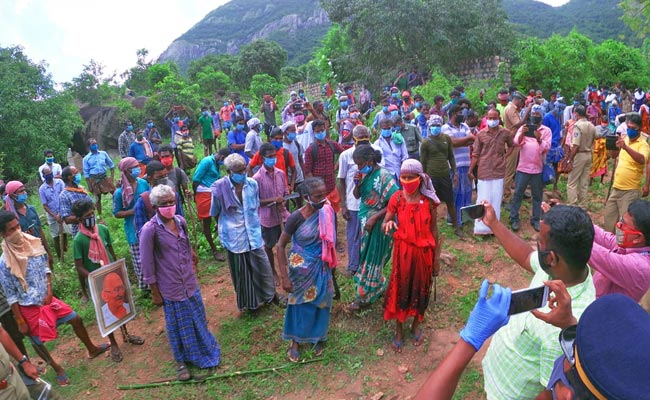 “We cannot go to other villages or mainland for any purpose without taking a circuitous route through Tamil Nadu. If there is a road, we can reach the main road by covering five kilometres. It takes 40 km through Tamil Nadu currently,” says Mariyappan, a member of the Adivasi Samrakshana Samithi.

“It also costs a lot to reach the panchayat from outside. One will need to take a jeep, which will cost Rs 300 one way and then take buses. They will mostly have to spend the night near the Tamil Nadu check-post. Besides, the check-post will close its gate at 7 pm and it will open only at 8 am. So, if anyone has to go to the hospital after 7 pm, they will have to wait until the next morning. The nearest hospital for us in Palakkad is 60 km away through this Tamil Nadu route,” he explained.

They have no water facilities if the streams run dry, and not even a primary health centre nearby. Power supply, too, is a struggle. “We just got electricity by solar panels. Its validity was over six months ago and they were supposed to hand it over to the Kerala State Electricity Board (KSEB). However, the KSEB did not take its responsibility. Now, we rarely get electricity. Earlier, too, it was disrupted and now fully gone,” Kannan, a resident of the hamlet, told TNM.

Though they get free ration, to purchase that they have to pay a private jeep about Rs 300, which is a huge amount for them. To reach their panchayat office or ration shop, they have to either walk 25 kilometres or travel in a vehicle through Tamil Nadu. Even for that, they need permission from Tamil Nadu’s Anamalai Tiger Reserve authorities.

“The children from the settlements are forced to study in government residential schools in several districts. During the pandemic, all students have returned home and they have no other facilities to study. Our basic rights are being denied,” said Kannan.

He added, “The forest department has agreed to allot road for us. So we stopped our protest for the time being. We are hopeful that they will fulfil our demand.”