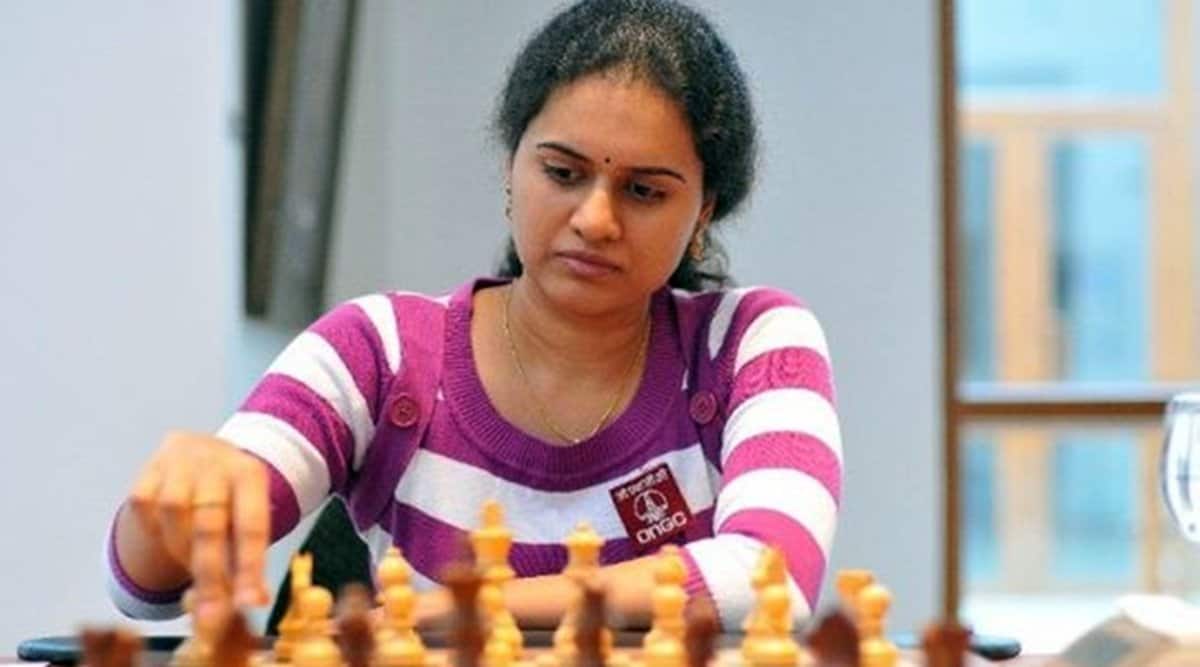 Koneru Humpy started her chess journey at the age of six. (File)

Koneru Humpy has yet to watch The Queen’s Gambit. She has been receiving numerous phone calls about the Netflix mini-series but has not got around to having a look at the show that has put forth questions on women’s chess and the treatment meted out to it over the years. But despite not having watched the series, Humpy is all too familiar with its premise – a young woman participating in a male-dominated arena, starting to change the power dynamics by winning, and the change in equations not taken too kindly.

The girl from Andhra Pradesh started her chess journey at the age of six and when she became the youngest woman Grandmaster in the world (at that time) at the age of 15, she was marked for greatness. But by winning open tournaments and becoming a force in chess, Humpy also disturbed the status quo which resulted in several insinuations on her credentials.

“At 15, I became a GM but until then, the concept of gender barriers didn’t really occur to me. I became a GM on the European circuit. In those days, we had very few international tournaments in India. To get exposure, my father took me on a trip to Europe for a few months and I would be playing continuously over there. I won a title and came back to India,” Humpy told The Indian Express as she recounted the beginning of a turbulent phase in her career.

It was only when she started winning that the critics came out of the woodwork, and what they had to say was not very charitable. “At that time, even though I was a GM, I wasn’t performing in a stable manner. It’s quite normal at that age to have highs and lows. Some of my peers started criticising me by saying that I didn’t have the standard of a GM because I hadn’t proven myself in India and that I had played in weaker tournaments in Europe to become a GM,” said Humpy. 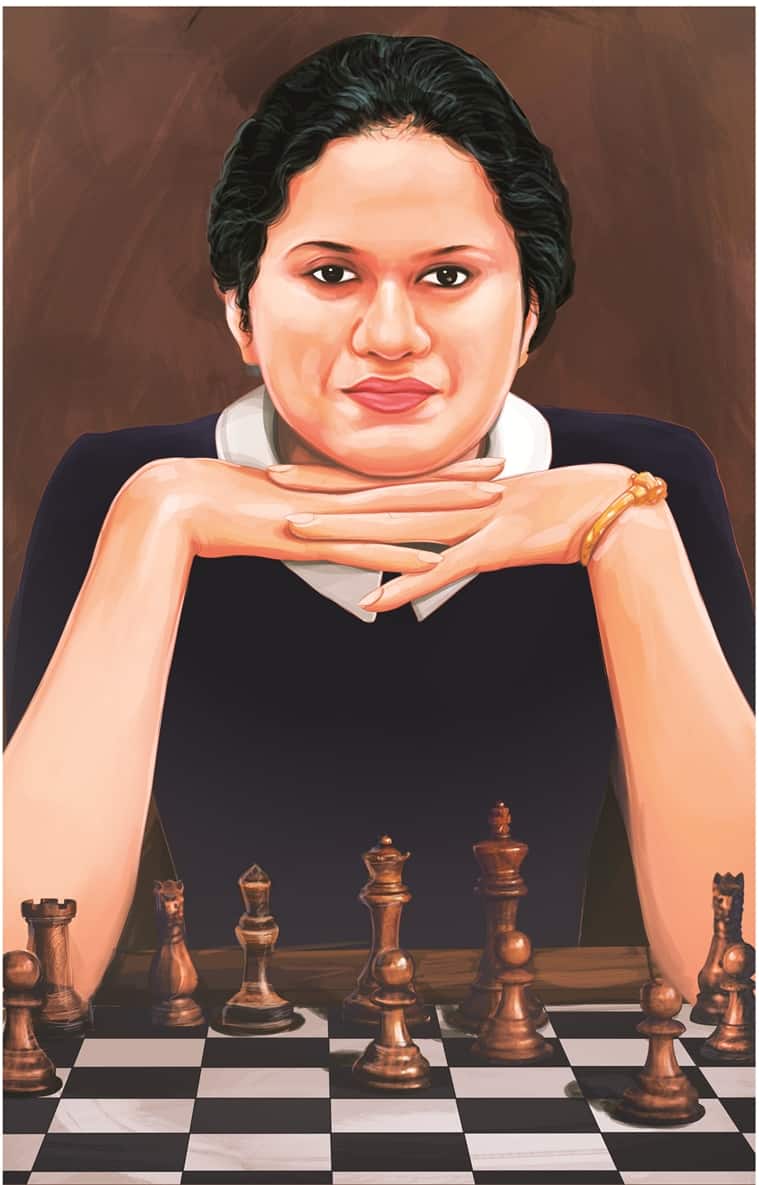 Koneru Humpy’s chess journey is replete with tales of men intentionally, or unintentionally, providing a platform for disrespect. (Express Illustration by Suvajit Dey)

Comparisons with Judit Polgar seemed to always find their way into conversations and the women’s chess circuit, which has historically been seen as inferior to the men’s game, hoped that Humpy would bridge the gap between the two worlds. She could cope with the pressure of those expectations. But she wasn’t prepared for the attack on her credentials.

“This was a period when I was really mentally disturbed. Being a sportsperson, handling a win or a loss at a tournament was quite normal from childhood. But this kind of criticism was very new to me. It was a tough phase. I was down in many tournaments and suffered for six months to a year. It was then that my father and I came to the conclusion that I needed to play in Indian circuit tournaments,” Humpy said, explaining her decision to take part in the National ‘B’ in 2013 even though she could be a part of the National ‘A’ in an attempt to quell any doubts about her deserving the GM status.

This then led to further grumbling. If she participated in the ‘A’ category, she was deemed to be not good enough and her GM rating was said to have been awarded through some sleight of hand. If she participated in the National ‘B’ set-up, it was decried as her taking an easy way out. There was no winning this battle of perception, but when Humpy finished second in the National ‘B’ set-up, by her own admission, she felt like that quashed any doubts over her qualifications.

Humpy’s chess journey is replete with tales of men intentionally, or unintentionally, providing a platform for disrespect. Some of the stories range from outrightly wanting to defeat her (“Even though there were some weaker players than me comparatively, being a woman, they tried harder to beat me”) to unintentionally disrespecting her (“Once I played an international tournament and had a disastrous performance in the event. Afterwards, I got a ‘best women’s prize’). But despite the lack of respect, if there is one opinion of hers that has shock value, it’s her belief that men simply are better than women at chess.

ELO ratings seem to suggest the same – especially when comparing the top male player in the world (Magnus Carlsen: 2862) and the top female player (Hou Yifan: 2658). Psychological journals and ex-players have attributed it to many factors, chief among them being the difference in mindset between men and women.

— The highest ELO rating ever achieved by a woman is 2735 by Polgar herself. She was, at one point, the eighth-best chess player in the world.

When asked what she felt was the difference between how the two genders play the sport, the reigning women’s world rapid champion offered an interesting take. “I have seen male players display a wider repertoire of moves. They shift between openings quite often and are quite aggressive in their style of play. When it comes to women, there are many top players who have limited opening moves, but the preparation behind those moves is deeper. A game between a woman and a woman is very different to a game between a man and a woman because psychologically men intend to try to make a point in that match. So, the game tends to become wilder.”

For an across-the-board raise in ELO ratings for women, the 33-year-old believes that chess tournaments exclusively for women must cease to be a regular fixture because separate tournaments for both genders make it difficult for women to cope with the men’s circuit. “There should only be open tournaments so that women have to play with men and improve their game.”

But Humpy acknowledges the problem such a system will bring, as an already skewered monetary gap might become even wider. “The prize money for men is quite higher. It’s tournaments like the World Championship and Candidates that help women professionals survive financially. Once they take off these tournaments, professionally it’ll be very difficult to survive with the men’s circuit only. I think it makes sense for them to keep a special financial prize for women even in open tournaments.”

Judit Polgar on chess and women 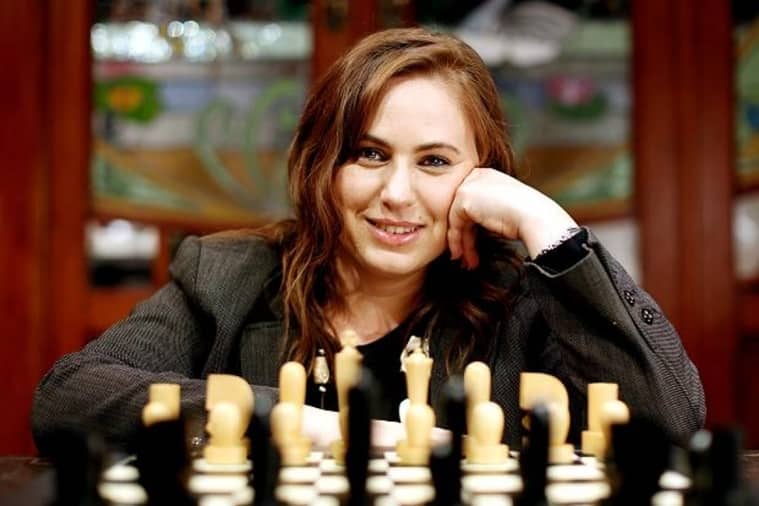 Even before the Queen’s Gambit was made, plenty of pioneers in the world of chess have spoken out about why women aren’t at the top of the game, none more so than Judit Polgar, considered the greatest woman player of all time. In an interview with The Guardian last year, the Hungarian spoke on a wide variety of issues related to chess and women.

— Polgar on needing to compete against men: Playing only among women would not have helped my development, as since I was 13, I was the clear number one among them. I needed to compete with the other leading (male) Grandmasters of my time.

— Polgar on why coaching women needs a fresh perspective: Girls in chess are not treated the same way as boys. Coaches and officials are guided by potential successes in girls’ competitions, which are comparatively easier to achieve. Parents tend to follow what the experts advise.

— Polgar on Nigel Short’s comments on women’s chess’ inferiority: Short’s conclusion does not stand up to scrutiny, and the burden of proof is with him. Even if women do think and compete differently, we can attain the same achievements as men: be it in science, art or chess.

For all the latest Sports News, download Indian Express App.

‘India’s problem in white-ball cricket’: Sanjay Manjrekar reveals why he wants KL Rahul to bat at No. 5 – cricket

News updates from Hindustan Times: Protest may intensify, farmers from 4 states look to join stir and all the latest news – india news